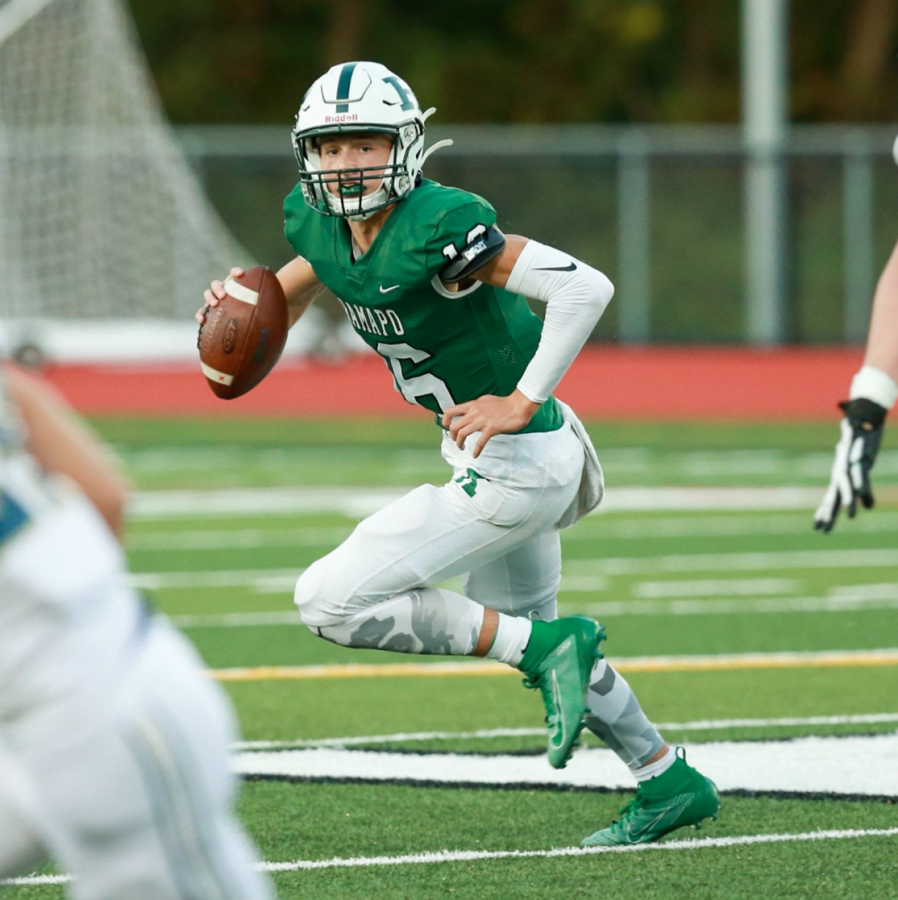 For 13 years, Charles DePrima has dedicated himself to the sport of football. Ever since his father handed him a football and said, “Let’s make you quarterback”, DePrima has worked endlessly to better himself as a player, teammate, and leader. Praise from coaches and teammates, as well as his athletic prowess on the field, is proof that all of DePrima’s hard work has paid off.

As a quarterback, DePrima works in conjunction with his teammate’s majority of the time to score touchdowns, allowing him to have 194 completions and 25 passing touchdowns. DePrima’s individual athletic ability is unmatched and he has 22 rushing touchdowns and 1,685 rushing yards.

Not only is Charles DePrima a leader on the field, but also off the field. He is held in high regard by his coaches and teammates alike. His coaches would describe him as hardworking, well-prepared, and someone who leads by example. DePrima has not only fostered a strong relationship with his coaches but also with his teammates, whom he refers to as his family.

Teammate Tristan Pernetti commented on his leadership qualities saying, “He is a great team leader for us, and a lot of the kids on our team benefit from him. He is very energetic and happy on the sidelines and always puts his best foot forward.”

Sean Clapp, who works with DePrima often as a wide receiver, has a deep admiration for Charles’ talent and perseverance. “Charles is a true competitor. Every time he gets knocked down you know he is bouncing right back up. That’s something that is so tough to have to play against, but even easier to play with.”

With graduation a mere three months away, DePrima talked about what he will miss most about Ramapo football. He said, “I’m going to miss the family atmosphere that we all built and the great relationships I’ve had with my teammates and coaches.” He will be deeply missed by the Ramapo community, his coaches, and of course his teammates. Fellow Ramapo football player Tristan Pernetti reminisced about his time with DePrima. “It was an honor to share the field with such a great football player and an even bigger honor to be able to watch him grow as we played together”

What does the future hold for Charles? Next year, he will be playing at Harvard University and continuing his football career. He is very excited and honored to have the opportunity to play college football.

DePrima exhibiting his athletic talent on the field (Hudl).