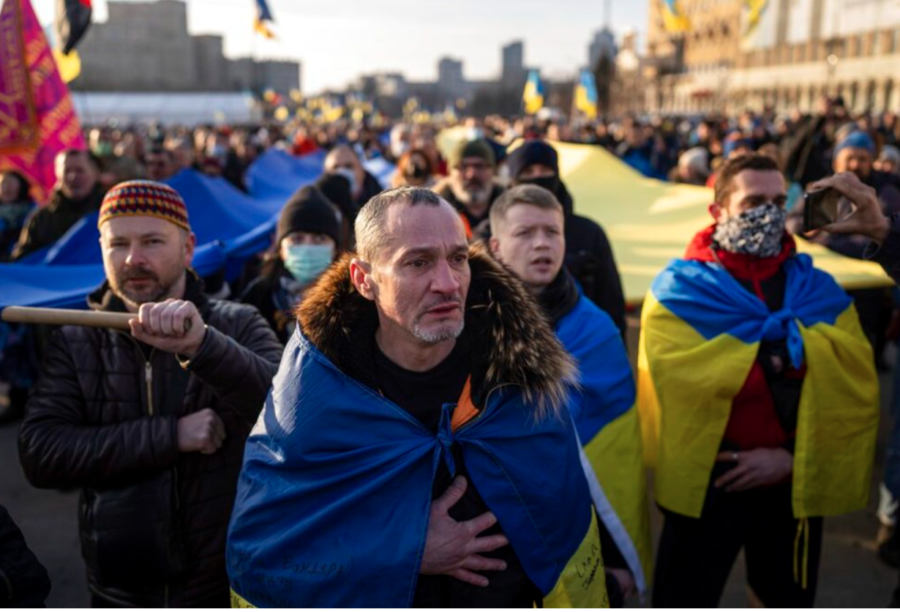 Thousands of miles across the globe from the Ramapo community, the Russo-Ukrainian war has been waging since February 24, 2022. With the lack of advancements in peace talks and drawn-out battles between Russian aggression and Ukrainian defenses, here are the updates regarding the war.

Ukrainian officials suspect that the land near Mariupol serves as a mass grave containing up to 9,000 bodies. The besieged Ukrainian city has been specifically targeted by Russian aggression, with Russian President Vladimir Putin considering the decimation a success for Russia. The situation has prompted Ukrainian President Volodymyr Zelenskyy to call for aid from allies. As a response, President Joe Biden announced a new $800 million military aid package for Ukraine on April 21 (NBC).

In an attempt to hinder the advancements of Russia, the allies of Ukraine have been upholding sanctions against the Russian government and Russian oligarchs. According to The White House, the US government “[targets] Russian elites and their family members who are profiting from this war of choice, and cuts them off from the U.S. financial system, freezes any assets they hold in the United States and blocks their travel to the United States.”

The collective effort to target Russia’s movements is predicted to “set Russia’s economy back by at least 30 years” (CNBC). The imports of Russian oil and gas have been terminated, and the exports of products, such as luxury goods, have taken a toll on the Russian economy. A wide range of corporations—such as McDonald’s, Exxon, and Visa—have discontinued their services in the Soviet nation. Russia’s currency, the ruble, is “effectively useless” outside of the nation (CNBC).

In a secret visit to Kyiv, the capital of Ukraine, Secretary of State Antony Blinken and Defense Secretary Lloyd Austin met with Zelenskyy and other Ukrainian officials. During this time, NBC claims “Blinken said ‘Russia is failing’ to achieve its war aims, while Austin said Washington wants ‘to see Russia weakened’ militarily so it can’t do things like invade its democratic neighbor in the future.” It was revealed that the US will pledge more than $300 million in foreign military financing (CBS).

Meanwhile, over at Ramapo, the fundraiser meant to assist Ukrainians held by MAD4Kids has ended. Teachers have been posting articles on the war on Schoology to educate students on the situation. Ramapo history teacher Mrs. Crane details, “Different clubs have had fundraisers, and I’ve been keeping up with the news out of personal interest. As a history teacher, I’m curious to see how history repeats itself.” Arya Kaul, the president of the Model UN club at Ramapo, makes a similar comment: “It needs to be understood that this war did not happen out of nowhere. There has been conflict between Russia and Ukraine since the collapse of the Soviet Union in the 20th century. There is historical tension between the two countries.”

The Russia-Ukraine war serves as a reminder to the Ramapo community to work together “As One”, to demonstrate gratitude for one’s life and to assist those in need.